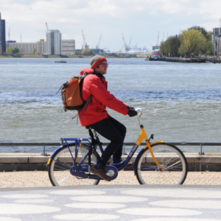 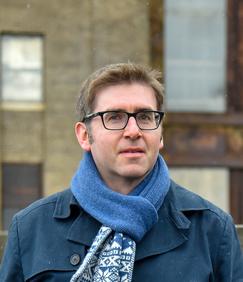 I was born and raised in Toronto, Canada. From an early age, I was interested in exploring and understanding cities, neighbourhoods and urban life. This has turned into an academic curiousity into understanding the complexities of urban development and change and what they mean for residents of the city. I completed my undergraduate degree at the University of Toronto in 2003. During my third year, I have the opportunity to participate in an exchange to the University of Edinburgh.

In the fall of 2004, I moved to the Netherlands to pursue a Research Master's in Human Geography and Planning at Utrecht University, which I completed in 2006. This formed the basis for my PhD in Urban Geography from Utrecht, which was successfully defended in 2010. This research examined two large flagship waterfront regeneration projects in Glasgow and Rotterdam and asked the question of who profits from this form of urban redevelopment.

After my PhD, I continued working in the Netherlands. From 2009 - 2015 I was employed in the Department of Human Geography at Utrecht University. In October 2015, I started working as a Senior Lecturer at Erasmus University College in Rotterdam, where I was tasked with setting up a new urban studies teaching program.

I left Erasmus in May 2017 to take up an appointment as an Associate Professor in the School of Planning at the University of Waterloo in Canada, where I am also the Canada Research Chair in Urban Change and Social Inclusion.

I publish on issues related to gentrification, housing and broader questions of urban change. In 2017, I published an edited book Why Detroit Matters: Decline, renewal and hope in a divided city, whick seeks to understand the key lessons from Detroit.

I am currently finishing a new book, Streetcars and the Changing Geography of Toronto (with Michael Doucet). In this book, we are using historic and contemporary photos taken by streetcar enthusiasts (some of the few people who took photos in 'ordinary' parts of cities) to better understand the changing urban, economic and social geography of Canada's largest city. This book is under advanced contract with the University of Toronto Press.

My ongoing research in Kitchener Waterloo examines the impact of the region's new Light Rail Transit line on neighbourhood change and gentrification, and employs a variety of qualitative methods to understand the meanings and experiences of urban change in a rapidly evolving region. Since returning to Canada, I have also become involved in advocacy for better cycling infrastructure, due largely to my experiences and knowledge of the Netherlands.

I am regularly asked to comment on issues of mobility, housing, neighbourhoods and gentrification within Waterloo Region and beyond, and regularly speak about my work at universities, community organizations and other events. If you are interested in inviting me to speak about these urban issues, do not hesitate to get in touch!

I am a native English speaker. I am also fluent in Dutch and speak conversational French and basic German.

I currently live in Kitchener, Ontario, with my wife and two young children.